Group Writing Critique: “Can I Get a Witness?” by David J. Marx

Dogpatch Writers Collective will occasionally post excerpts of group critiques of work in progress. Here’s a snippet from the middle of a short story by David along with comments. Feel free to join the fray!

From “Can I Get a Witness?” 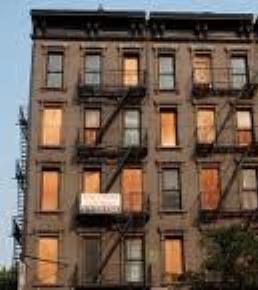 . . . I carried a different route every day and got lost several times in the first month. I’d just ask a shopkeeper or a bum on the street for directions. Most days nobody really cared when or even if I brought them mail. That is, except for first and fifteenth of each month, when welfare checks were scheduled to be delivered. On those days, the check recipients, who otherwise rarely rose from bed before noon, were up with the roosters, awaiting checks.

On my first “check” day, I was assigned to a route in Hayes Valley. Today this neighborhood with its quaint restaurants and cute little shops, is one of the trendiest in The City. But in 1973, Hayes Valley’s predominant industries were drugs and prostitution. And there I was, the hippy-dippy mailman, a bit lost and bit more nervous, with all those welfare checks.

About halfway through the route I came to an apartment building on Grove Street. The structure appeared to have last been painted around Armistice Day. The mailboxes were in equally deplorable condition. Someone must have taken a crowbar in an attempt to heist what had been in the box. I didn’t know what to do; I couldn’t leave mail, especially welfare checks in such an unsafe receptacle . . .

Comments from the Dogpatch

David, you told this story to Wes and me while we were at Squaw Valley writers workshop, and I was excited to see you transfer it to the page! It’s a wonderful story that I remember well.

What works for me: There are significant moments in a life and this story reads like one of them. It’s relatable in many ways, prompting the reader to recollect a past era, a meaningful domicile or place visited, a past life or that horrid job on the way up, or his or her memory of greatest fear. It also touches on what happens in the mind when fear instincts overtake reason and otherwise innocuous items can take on ominous implications. It’s the kind of story that prompts us all to begin to tell our version. A story that can turn us all into storytellers is a worthy story.

What would make it better for me: This version is heavy on exposition, and I’d like to see it break into scene narrated by this first-person narrator. When I first heard you tell it, your spoken voice and demeanor bled into the storytelling. This written version doesn’t sparkle with that same oral tone—I want to see the narrator become more of a character in his own story. The payoff for this story will hinge on what it means to the narrator. I think you can get way deeper into his head en route, and we ultimately need to glean how he is transformed by this time in his life, this day.

You know San Francisco, my friend! You know every street and corner of that city, and while you didn’t when you got there, you can bring that detail into the story. San Francisco and specifically Hayes Valley is a character-like setting in this tale and should be vivid on the page. I want to see you using all of the five senses to describe this setting, right down to the kids screaming up the block and the graffiti scratched into the mailboxes. And when he does enter the apartment building, that walk upstairs has to feel very long and every sound along the way would seem excruciating. (And by the way, whatever happened to the huge man that followed him upstairs? He disappears off the page.) In this version, every moment in the story is given about the same amount of emphasis. I think you need to slow down and more fully narrate the key moments.

To me, this version is the container for a much deeper story. It’s about one of the significant moments in a life that has shaped this man. He’s carried this experience with him through a lifetime, and yet I don’t fully know why—and I want to.     XO Laurel Leigh

So David, I’m assuming this is a first draft of a memoir piece, not fiction. I love this story so much, I want MORE. As in, give me 1970s San Francisco. I want the atmosphere of the times. This “hippy dippy” mailman is high most of the time, right? I want to see it. Did SF live up to its “mecca” hype for this man? How so?

My experience is that no one stands by their mailbox, waiting for the mailman, so a mailman’s life is probably pretty devoid of human contact. On check day why does he feel differently. I don’t see a line of people by the mailbox in this story, so is the line all in his head? How does he know that someone is “waiting” for the mail delivery of checks on this particular day? If he doesn’t know this from personal experience, then it feeds into a stereotype about welfare recipients don’t you think? And I’m wondering about a technical detail: what would a thief do with the checks? How would he/she cash them?

And I want to have a good physical description of that violated mailbox. And perhaps the wall/hallway where it resides. It would be great to contrast the Hayes Valley of that earlier era with the Hayes Valley of today. Vermin? Holes in the walls? Smell? Peeling wallpaper? water stains? What’s on the floor? Where does the light come from? What is the quality of the light? What was the noise from the lobby?

Be more specific about “large and mean” when describing your pursuer. Give us a better description of the man, especially contrasting through the eyes of fear vs. the end.

For the entire story, not just the excerpt provided above, I’d like you to highlight the critical moments by slowing down. Get us to the manager’s office more slowly. Make us live the fear that this mailman feels. So that when we get to the payoff at the end, it’s a colossal moment.  Ciao! Jilanne

David, With this short piece you have touched on or created several archetypal characters or situations ripe for further exploration: the ‘hippy-dippy’ mailman, the drug-dealing friends, and 1970s San Francisco, which like now represents a beacon of hope and/or craziness in a politically polarized country coming down from a disastrous war. And as archetypes, they provide an excellent jumping-off point for more stories — or a far longer one — involving what to my mind is an extremely attractive protagonist.

However, in its present form, I think the most appealing aspect of the story other than its setting, the hippy-dippy mailman, is left undeveloped. Through dialogue, internal or external, you could get more at the interior life of this character. I want hear how he talks. I want a sense of the shape and texture of this thoughts. I’m sure I am not going out on a limb by assuming that your mailman is baked most of the time he’s out on his route. Just think of what other humorous situations in which he might find himself, in his ‘altered state,’ especially when he’s carrying a bag full of welfare checks.

Also, your setting, Hayes Valley, could be more fully developed. Hayes Valley, what little I remember of it before the Loma Prieta earthquake, used to have an elevated freeway running right down the main drag, throwing the neighborhood into perpetual shade and allowing all those sordid trades one might expect to take place in the shadows to flourish. I would like to see more of this on the page.

Imagine your skinny, mildly altered mailman, hair to his shoulders, wandering into one of the darkest, most depressed neighborhoods in the City with a mailbag full of welfare checks, the sound of cars rumbling overhead day and night, and prostitutes, junkies, and drug dealers lurking in the shadows.

5 responses to “Group Writing Critique: “Can I Get a Witness?” by David J. Marx”