O Magnus, Where Art Thou Clothes? 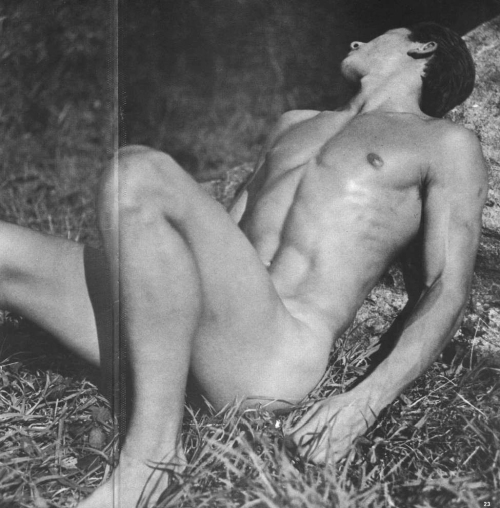 I love an actor who’s willing to disrobe in the name of art.

Which means I love Swedish television.

First off, the Swedes are just so damn gorgeous. Even if they’re not gorgeous, they’re gorgeous. Take The Bridge, for example. A show I started watching because it’s set in Malmö, which is headquarters for a couple companies I’ve done work for (and whose names I’m still not sure how to pronounce). Plus, I like bridges. And IKEA. I got my writing desk at IKEA and it has a glass top with “Love” etched all over it in different languages. It’s gorgeous, too. Those Swedes just know how to do it up.

Or take it off.

Lions and Tigers and Magnus!

Like that scene in The Bridge where Magnus Krepper walks around his apartment fully nude. Fully frontally nude!

It was a gorgeous twenty seconds of screen time. And not the least bit gratuitous, because as I’m interpreting the story line, it was important for the viewer to learn that Magnus’s character had the same birthmark on his arm as his long lost sister, who is tragically living on the streets and doesn’t wear shirts, just a bomber jacket open to the waist so you can always, almost get a glimpse of her ta ta’s, which are undoubtedly bitchen’ or at least that’s how they’re built up in my mind, because I spent all of Season One trying to get that glimpse and I’m straight.

Okay, so maybe we could have seen the arm scars without requiring full frontal male nudity. . . . Nah, I’m sure it was pretty important for maintaining suspension of disbelief. Because Magnus’s character—I’m using my creative skills to intuit a little backstory—otherwise had no true dramatic motivation to just roll up his shirt sleeves and accidentally show us that scar. That would have been forced and artificial, whereas watching him un-self-consciously stroll buck naked through his apartment got us to notice that scar. Well, eventually I scrolled my eyes up that far. Totally worth the eight bucks a month I pay for Hulu Plus. Who needs popcorn? More like a glass of wine and a cigarette, and I don’t smoke.

♥ A while back, some of my students got together and asked me to teach a class on how to write a love scene.♥ In the class, we talked about perceptions, how one reader might view a well-crafted love scene as artful and dramatically justified, whereas another reader might dismiss it as gratuitous, crude, and unnecessary to the story. That second reader hadn’t seen The Bridge, or they might be converted. 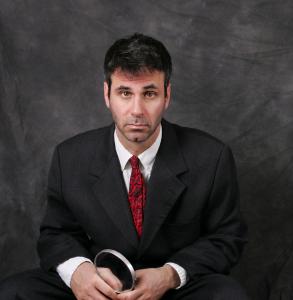 The one and only Steve Almond

I read about sex before I ever had it or even fully grasped the mechanics of how it worked. Staying overnight at a girlfriend’s house, I accidentally stumbled upon her older brother’s pornographic magazines and spent an educational thirty minutes in the bathroom studying for future projects. The main thing I remember about that magazine is that I was more interested in the text than the pictures. The pictures were helpful to my twelve-year-old mind, but the text told the story. There was even kind of a plot at one point, before they, well, did it. The whole event was compounded by the fact that I had a crush on my friend’s older brother. Everyone should get to have a crush on their friend’s cute older brother and find his girlie magazines in the bathroom. Or not. I just remember the night with some odd fondness, sort of like when Laura first realized she dug Almanzo, which was the first time she laid eyes on him if you go by the TV version, which I do.

In the Love Scenes class, we looked at different examples of sex on the page—from the wicked work of Steve Almond, to the poignant scenes in “Brokeback Mountain” by Annie Proulx, to the still-controversial Story of O, to the delicately crafted lines of D. H. Lawrence (Doesn’t it kill you that his work was often condemned as pornographic in his time? Even my Mom thought so.) I think it’s useful for writers to know what and how sex is written about in literature, particularly if they’re going to write about it themselves. I just edited a YA book that had a first-kiss scene, and it was one of the most beautifully written first-kiss moments I’ve seen. Yeah, she probably did some field research, but I also have to think that writer was familiar with her genre and how to manage sixteen-year-old romance on the page in a way that was graceful and charming.

I writer I know had a story published in The Sun, in which a man and wife have sex. The story by Manuel Martinez, called “The Stew,” devotes about three lines to the scene, just enough to convey what’s happening, which is that the couple is pissed at each other and has sex to blow off steam and because it’s how this couple knows best how to get close to each other. It’s a beautifully rendered moment on the page if you ask me and an offensive, pornographic moment if you ask a reader who wrote to The Sun disparaging the scene. Gotta love The Sun, because they published both the critical letter to the editor alongside one that was complimentary about the story, and followed with a response from the author. Props to my friend, the author of the story, who responded by writing that he could see how the reader interpreted the scene as pornographic because it included a depiction of sex. He didn’t try to persuade her to change her opinion nor did he feel the need to justify his story. Kind of like strolling through your apartment with your oh-so-beautiful manhood on glorious display. It’s gonna work for some readers and viewers, and for others, it’s gonna piss them off. And it’s wonderful that we all get to have an opinion and choose what to read and write about. At least in this country, meaning the U.S.—and Sweden.

So, I’m off to watch the American version of The Bridge, hoping that clothing is just as optional. But I’m curious about other writers’ thoughts on the matter of sex on the page. Do you love it? Do you hate it? Do you write it? And how do you define it?

Filed under Notes from the coffee shop

8 responses to “O Magnus, Where Art Thou Clothes?”