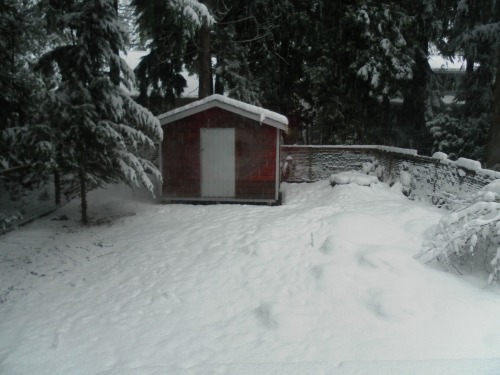 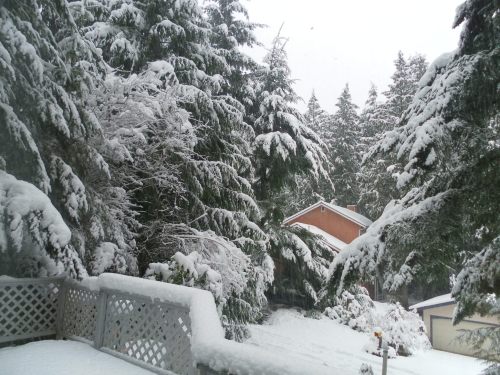 They laugh and then we’re chatting and I hear about school and where they grew up and how they met and became friends. And that they have the same first name. It’s a name longer than Gabriel, and neither of them seems to use a nickname. They’re fifteen or so, and I flash to twenty or thirty years down the road and wonder if they’ll be that friend for each other who’s been a friend for a very long time. I hope so, because it’s good to have that friend. END_OF_DOCUMENT_TOKEN_TO_BE_REPLACED

Someone I know lost a very close friend this past weekend. He was only 43 years old and left behind a wife (the love of his life) and two kids, one a 4-yr-old diagnosed a few weeks ago with a rare form of cancer. The child had come home last week from his first round of chemo and a follow-up stay at the hospital, and over the weekend, the father had a massive heart attack in his sleep. In the real world, this is tragic. Extraordinarily tragic.

In the world of fiction, would a reader believe this story?

Ever had someone read your work and say “I don’t believe it happened that way”? I have. And that means I didn’t do a solid job of constructing the fictional dream that draws the “buy in” from readers. I put on the hard hat and built the house with some old rotten planks I found lying around, ones that had seen better days, but it’s a house, right? For some people, the structure may hold, but many will find the whole thing too shaky to be willing to walk through the door.

I wouldn’t go in there

And it doesn’t matter that it really happened if you can’t make the reader believe it, right?

I just came back from a writing conference where John Gardner, the author of “The Art of Fiction,” got slammed once again. But it’s funny how everyone objects to the “voice” in that book—he’s soooo snotty!!—but few ever refute his points. On page 22, where he explains how to get buy-in, he categorizes three types of writing:

2) The tale teller writing of ghosts, shape-shifters, or characters who may never sleep depends on confidence and authority, the “quality of voice” to charm the reader or distract the “critical intelligence,” what Coleridge called “the willing suspension of disbelief.” I’m thinking right now of a recent read called The Demonologist by Andrew Pyper. The narrator’s voice begins powerfully and stays strong throughout the story, and he’s also a master of the “telling detail.”

3) The yarn writer, the one whose lies are so outrageous and entertaining that the reader is pulled along by the brilliance of the falsehood. This one is easy. Think Mark Twain.

Gardner goes on to explain that all three types of writing depend on precise detail. Hmmmm, what details? Well, if your character walks into a bar, your reader knows what a bar looks like:

Get the point? Fill in the pieces that MUST be known and let the reader fill in the rest of the fictional dream.

If the reader is moved to ask the dreaded question: “Would ____ really have said/done that?” we know the reader has fallen out of the dream and on to the floor. 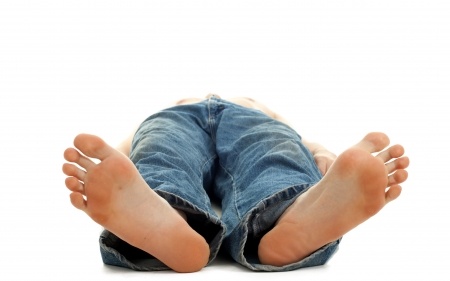 Pay attention to what is real, the emotional core of the moment. Write from that center of authority and—yes, I’ll use that overused word—authenticity. So that is craft, right?

Now comes the “other” part of writing.

One of Gardner’s points that often gets glossed over in this “detail” business is that fiction is not meant solely to entertain or distract us from our personal concerns, but “helps us know what we believe, reinforces those qualities that are noblest in us, leads us to feel uneasy about our faults and limitations.”

To do so, we must move beyond craft. Gardner says:

“No amount of intellectual study can determine for the writer what details he (she) should include.” Everything must be chosen “by feeling and intuition. And one of the things he (she) will discover, inevitably, is that the images of death and loss that come to him (her) are not necessarily those we might expect.”

He goes on to suggest that in order to tell the truth, one must empty one’s mind of those images that instantly come to the forefront. Or as Karen Joy Fowler suggests: “I find that if I go with my first ‘gut response,’ it is the easiest, most facile, most seen before image. I have to work harder to figure out what should really happen.” 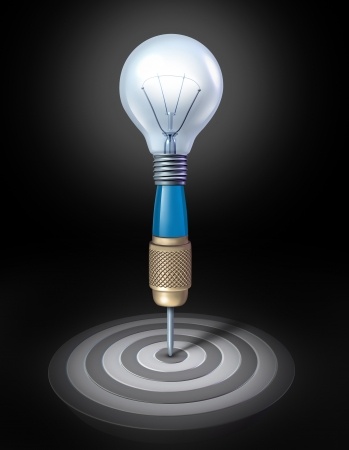 Keep throwing the darts until you hit the bulls-eye

In The Year of Magical Thinking, Joan Didion describes how her husband died, chatting with her and drinking a cocktail while she prepared dinner.

“I only remember looking up. His left hand was raised and he was slumped motionless. At first I thought he was making a failed joke, an attempt to make the difficulty of the day seem manageable.

I remember saying Don’t do that.

The details she selects to describe the event and her specific response—she had difficulty eating for months afterward because the trauma occurred at mealtime—leave the reader with no room for disbelief.

But one more thing: She sets the scene with thoughts that everyone has:

“Confronted with sudden disaster, we all focus on how unremarkable the circumstances were in which the unthinkable occurred, the clear blue sky from which the plane fell, the routine errand that ended on the shoulder with the car in flames…”

Again, we are right there with her. We know this happens.

But how do you find that magical intuition that knows what details are necessary for the story? Spin a sticky web, and go to sleep. See what you’ve caught in the morning?

If that doesn’t work, try practice. Just like meditation, you’ve got to show up and do the work of emptying your mind before you fill it up. Think “Zen mind, beginner’s mind.”

So when a young father with a child who’s just been diagnosed with a rare form of cancer shows up in your fictional world, find the details that only you can provide, the ones that “make it real” for you. 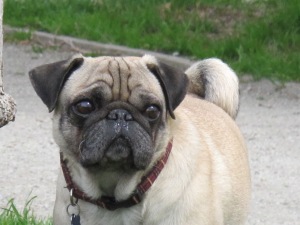 Hello from the Dogpatch. A while back, Amy Blackwood told us about her book club’s very unique take on book clubbing. Ever since, we’ve been after her to tell us more—and she did! Today’s post is courtesy of Amy, and we’d love to know what you think, because according to Amy:

It’s not about the book.

Is your book club feeling stale? Do you find you rarely ever talk about (or even read) the chosen book at your book club? Do you wish there was a way to liven up the evening’s discussion while still talking about great reads at your club’s gatherings?

Been there, my friend. Done that.

Don’t worry, there is hope for your book club yet! And I speak from experience.

You see, I have a confession to make. I’ve never been very good at book clubs.

There! I said it. You all know my dirty little secret. And if you know me at all, you’re probably thinking, how can this be? Amy is an avid reader, working-at-it writer and hopeless bibliophile; book clubs should totally be her thing, right? 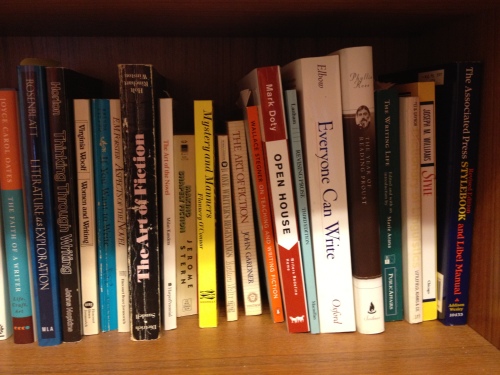 Wrong. And it kills me. I really want to be a great book club participant! I mean, I love everything about them. Let’s see, there’s wine, snacks, books, fellow book lovers, a kid-free evening to discuss grownup literature, wine … What’s not to love?

And really, I am excellent at certain aspects of the concept (see above). However, it’s the structure to which I could never fully commit: Read this book, talk about this book, pick next month’s book, repeat. I guess I found it a little stifling.

And yet, I tried. I joined clubs enthusiastically, even started a couple! I’d arrive promptly at the gatherings, chosen paperback duly tucked under arm (and wine bottle in hand), ready to discuss The Book with a group of intelligent, wonderful people who shared my love for all things literature. And every time the evening ended, I left feeling refreshed and energized, happy to have such a creative social outlet.

Except, wait … my eyes would drift to the novel in my hand (the wine bottle long emptied and recycled), and I’d realize: We hadn’t really talked about The Book.

Wasn’t that the whole point??

No, it really wasn’t. Deep down, it was not the main mission of our gatherings – it was all a (gasp) front! Although we all adored reading, we just weren’t that into talking about the selected title. Oh, we’d start out dutifully enough, paging through a few chapters (those of us who had managed to actually read the book, that is). But soon the conversation turned to other things, and we pleasantly chatted amongst ourselves about daily life and current events. No one seemed to mind that our book club never really lived up to its purpose. 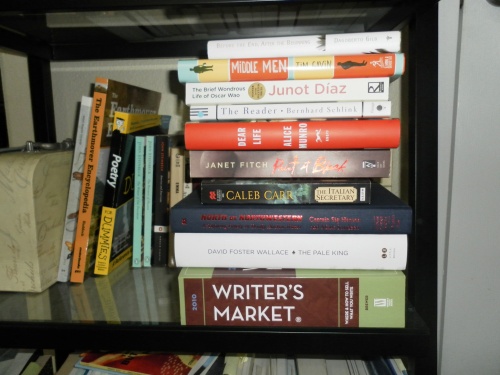 Which is fine, we all need a little social time! But like I said, these likeminded ladies and I really did enjoy books and reading! We wanted to talk literature!

Then one night, it all came together. END_OF_DOCUMENT_TOKEN_TO_BE_REPLACED