We Should Do Something

Hello from the Dogpatch. In December 2006, Dogpatcher Laurel Leigh’s 21-year-old nephew was arrested and charged with the murder of his girlfriend’s two-year-old son. Below is an excerpt from the book-length memoir Laurel is writing about the events, along with our comments on the manuscript. As always, your comments are appreciated. 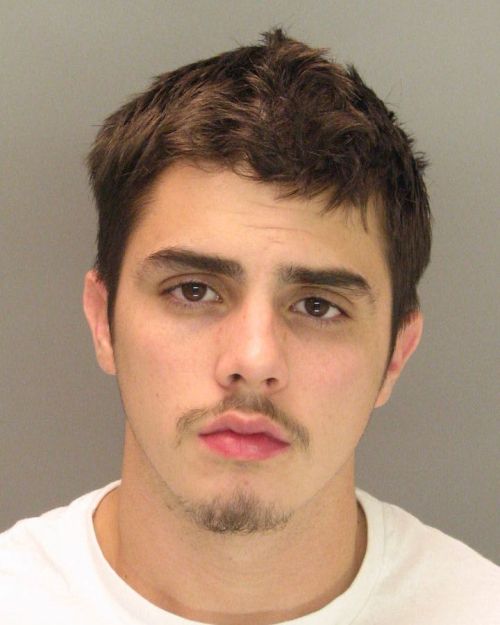 He never gets angry at me for saying I’ll do things that I don’t do, or for not writing very often anymore, or forgetting to send a book he asked for. I’m one of the few people on the outs as he calls it who bother with him at all, so he can’t afford to get angry with me for fear of pissing me off. How hard must that be, to ask and ask and then have to be content with the fourth or fifth that comes back, late and offhandedly?

“I love you, Aunt Laura,” Anthony says, after the next time Helga breaks in to say that we have one minute of talk time left.

Does he? I wonder. Can he? Can I? It’s harder and harder to sustain a relationship in this void, where he is frozen in time and place, his days composed of interminable sameness . . .

I’ve known you forever, and I saw the first pages of this years ago when the story was raw and shattering. It hasn’t lost its power over the course of time. In fact, the story has deepened to the point of ache, a heartache so profound that I’m not quite sure where the pain is coming from because it seems to be everywhere.

I do hope you find a place for your memoir, because it needs to be out there for the world to see. And perhaps raise questions that will end with some positive result. I can only hope. And that leads me to the biggest point I’d like to make about your opening.

I think readers need to feel some thread of hope. They need some sort of lifeline to pull them through this story, it is so traumatic. Without it, I think readers will put it aside as a lost cause. And the story is so much more than that.

Right now, the way you have reworked the opening, it gives me a sense of hopelessness and the weariness associated with a perceived lost cause. It is starkly honest and questioning, stunningly so. But I desperately need to feel some kind of hope, not the hope of a happy ending, but the hope that there will be some movement forward. Right now, I get the sense that everything is stuck in a continuous loop, and that can be a good thing, considering it’s how life is for someone serving time. But I need a glimmer, a feeling that something is going to change, to move the story forward, whether it’s you moving forward with your nephew, without your nephew, some sense that the family changes and moves forward, does things differently in the future. I don’t know what that something is, but I think it would be good to find it.

I think hope will also give the story the sense of urgency that it may have lost over the years. When things first happen, there’s a sudden rush of movement. Over time, that urgency diminishes until no one is motivated to change the status quo.

Right now, this opening seems to be much more about your internal processing of events rather than about Anthony’s situation. And I think that’s because of the number of words reserved for your thoughts versus external events.

I mapped out the pieces of info you’ve included in this two-page opening and I find myself moving perhaps too quickly from one to the next. In the first sentence, we get Anthony’s version of why he was calm in a crisis. And then he alludes to events without describing any. And you respond similarly, just thinking that this is how he would have survived his childhood. But I do want a glimmer of that childhood right in that moment. What is the one thing that would give the reader a clue without spilling all the beans? I think that would add a little more weight to this story being about him.

And while I do like the two paragraphs about the robo phonecall timekeeper, I wonder if there’s a bit too much weight (meaning word space) placed on it. Can you make it one paragraph to get across what you want instead of two? I’m thinking you might not need the second paragraph at all. If you delete it and show us the robovoice interrupting Anthony, I get it without any additional commentary.

When he asks for the photo, is this the first time he’s asked, or has this become a ritual between you two? I think that’s an important point, considering what you say a few paragraphs later.

And lastly, the ending of this opening is brutal and wrenching. When you say that your life has moved forward, along with the rest of the world, it leaves me wondering: are you bringing the past forward with you or leaving it behind? Has Anthony become less to you? Is he really now just a “plaintive voice on the phone”? Do you question his sincerity now that time has passed? Or are you reacting now out of sheer exhaustion?

I’m not sure you need to answer all of these questions in your opening, but they are questions I want to see answered as I read more. And believe me, I’ll be there to read more!

A successful opening, or prologue, should place the reader in an emotional space where she is ready, or (hopefully) psyched, to move forward into the imaginative place in which the author is going to lead her. In this opening, I feel the following over-riding emotions taking hold of me: hopelessness, guilt, fatigue, the sense of being locked into a set of circumstances not of one’s own making.

I like your emphasis on the recorded voice — you call her ‘Helga’ — interrupting the conversation between the aunt and nephew at regular intervals. Neither of these two principals is ever allowed for a moment to forget that one of them is inside (a correctional facility) and the other is outside (the civilian world). And the reader not only gets a vivid sense of an existence circumscribed by the arcane rules and regulations of the ever-present ‘authorities,’ but also a handy nut-shell illustration of a life (Anthony’s) that is itself interrupted.

This opening section to your larger manuscript also gives us an economical view of what every reader wants to know: what was it like before? Anthony’s desperate desire for an old photograph of himself at the zoo with his girlfriend and her son gives us a sense of how it was before we ended up here, in the world of the present-day story. There may have been happiness in a simple trip to the zoo, but there are also hints that life, for Anthony, was anything but easy or pleasant or happy.

I also like how the narrator begins to doubt the sincerity of her nephew; begins to wonder whether he really loves her as much as he says, or is merely stroking her to get from her what he wants. There is a power there in the narrator’s position, being her nephew’s only real life-line to the outside world. But there is also guilt and fatigue and suspicion.

You put the reader into an unsettled emotional space in these quick, two pages. And I, for one, and ready — psyched — to read more.

An essay treatment of this memoir was published last summer in The Sun. You can read Laurel Leigh’s essay “We Should Do Something” in the July 2014 issue of The Sun. 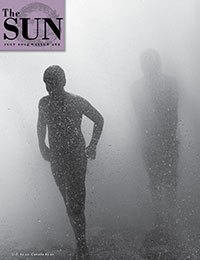 Tagged as Laurel Leigh, Prison, The Sun, We Should Do Something